Located a half a mile down the road from the City of Youngstown ‘s border, the Girard Multi-Generational Center is in the heart of an 81 percent low to moderate income neighborhood. Public housing, rental properties and some long-time “Parkwood” families surround the Center.

The idea for the Center was born from the refusal of this proud Parkwood neighborhood to allow their intermediate school to become a boarded -up eyesore. This neighborhood might be poor, but it could carry enough votes to stop the building of a new centralized intermediate school on the other side of town. The “Mayor of Parkwood”, Charlie Lamancusa, and retired labor leader Jack O’Connell suggested that the school system give the old school building to the community for the development of an inter-generational community center. The Center would blend traditions, talents and technologies to bridge the gap between generations and improve the quality of life for all.

In 1999, the new intermediate school was built and the Girard School District signed a lease with the Girard Community Committee, Inc. (DBA Girard Multi-Generational Center), giving the old school to the Committee for one dollar a year for 20 years. On February 4, 2000, Charlie Lamancusa was shot and killed at his comer store one block from the Center.

Charlie was not only this neighborhood’s leader; he was their protector and their provider. No hungry person ever left his store without a sack of food. This tragedy stole the faith, hope, strength and heart of the neighborhood. It also re-ignited the clamor from the community that a community center in Parkwood would be a waste of time and money because “nobody will go there.” Jack O’Connell, the Committee, and some of Charlie’s friends insisted “build it and they will come.”

In 2001, the Girard Multi-Generational Center began operating with a $921,000.00 pilot project grant from the U.S. Department of Education which was obtained by Congressman James Traficant. With the federal monies and $50,000 in Ohio Department of Aging Senior Facilities Program dollars, the building was brought up to code and renovations were made to ensure handicap accessibility. A distance learning lab, computer cafe, adult fitness room, library and a dining/seminar room were installed. The gym was renovated to provide a safe place for physical activities for the kids.

Most importantly, partnerships were developed which culminated in a police substation (Charlie’s dream), an after-school program, a youth court, an elderly meals program, health screenings and a myriad of other educational, fitness, socialization, and social services becoming available at the Center. All of this is set in the best safe, friendly and “home¬ like” atmosphere that we could create.

More than a decade, a few frustrations and many celebrations later, the numbers prove that, not only was there a need for the Center, but in fact “they will come”. We provided at least one service for more than 1,800 individuals in 2012. Most of these individuals utilized multiple services. Almost 1,500 people have become members of the Center for a nominal annual fee. Our members come from all over the Mahoning Valley . Many members are here five days a week. Non-members and children are never denied services at the Center. The City of Girard also showed its support for the Center in the fall of 2007, by passing a Senior Services levy specifically for senior programs and facilities at the Girard Multi-Generational Center.   The levy was renewed in November 2011 by over 72% voter approval. 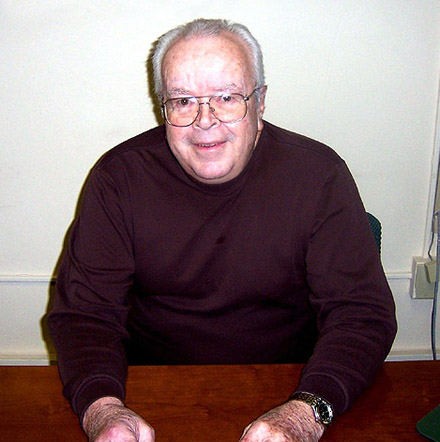